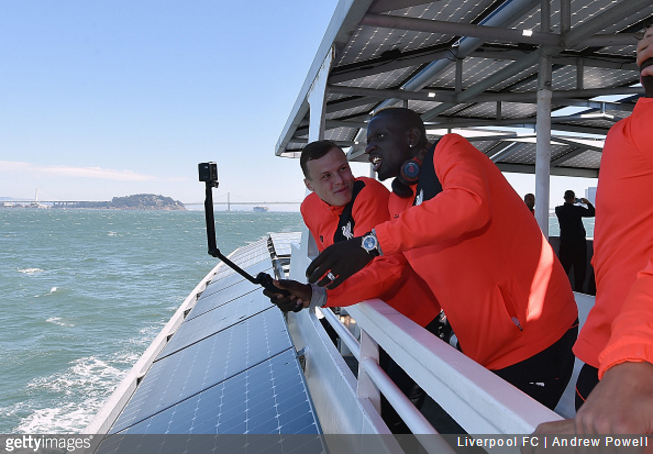 Mamadou Sakho has reportedly been sent home from Liverpool’s pre-season tour of the United States after Jurgen Klopp ran out of patience with the French defender’s attitude.

According to the Telegraph, Klopp ordered Sakho to fly back to England yesterday after being “infuriated” by the 26-year-old centre-back’s behaviour on “at least two occasions”, thus PLUNGING HIS LIVERPOOL FUTURE INTO DOUBT™.

Sakho reported late for Liverpool’s flight out to Palo Alto, with Klopp threatening (joking-but-not-really-joking) to leave him stranded at Alcatraz after being interrupted while filming an interview for the club website outside the famous old prison…

After one too many lapses in his conduct, Klopp is said to have felt there was no alternative but to take disciplinary action against Sakho.

However, Liverpool have declined to comment on the incident, simply confirming that Sakho has left the tour and returned home, where he will continue to receive treatment for an ongoing Achilles problem.