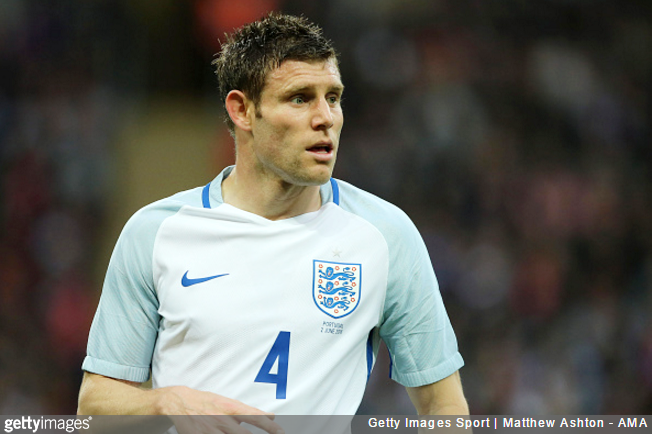 James Milner has revealed that he is seriously considering retiring from international football after finding himself barely involved at Euro 2016.

While demoralised by his experiences (or lack thereof) in France, Milner is also willing to step aside in a selfless act to help clear the way for England’s emerging Under-21 talent.

Speaking to the Guardian, the 30-year-old midfielder griped:

Over the last couple of years with the England team I have not really played too much.

With the good young players we have coming through, it is pointless me taking up a spot just because I am reliable.

I’ve been to four tournaments but if a younger guy had come in and maybe done the same job at Euro 2016, he would have taken a lot more from it than I [did].

Asked if he is planning to talk things over with new England boss Sam Allardyce, who managed him at Newcastle in 2007/08, Milner replied:

I am happy it is Sam as I know I can have a good conversation with him and it will be honest. That is all I ever wanted.

It isn’t going to happen, of course – at least not anytime soon.

Milner is exactly the kind of earnest, disciplined, hard-working grunt that Big Sam is going to build the core of his first few squads around.

Ironically enough, it’s probably Milner’s commendable versatility that has slightly neutered his international career (61 caps is no disgrace, after all) as he’s routinely selected as auxiliary cover for three or four positions rather than being viewed as a specialist in one or two.

Here’s hoping he sticks around, if only because he’s a thoroughly decent – and largely underrated – player.