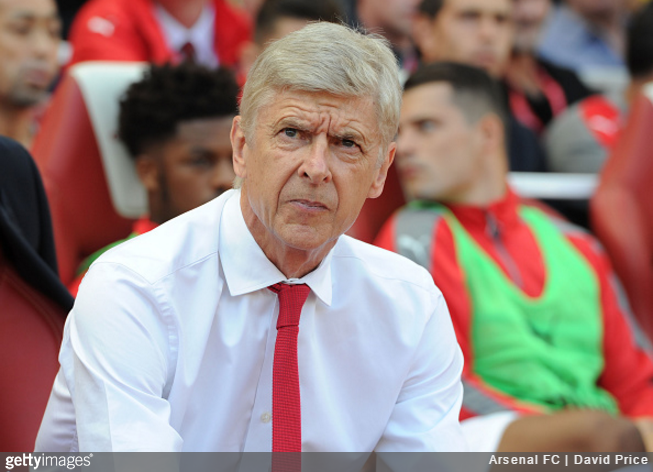 Stop us if you’ve heard this one before. Arsene Wenger, with a defensive injury crisis and a lack of striker options to contend with, has turned to blaming outside forces for Arsenal’s fragile, lacklustre start to the Premier League season.

The Gunners kicked off with an entertainingly ridiculous 4-3 home defeat against Liverpool, with Wenger’s patchwork side looking decidedly less than convincing.

The central defensive pairing of Calum Chambers, 21, and debutante Rob Holding, 20, were breached four times while senior partner Laurent Koscielny sat on the bench having been given extended rest following his run to the Euro 2016 final with France over a month ago.

Mesut Ozil and Olivier Giroud were also left out while Aaron Ramsey played from the start but failed to stake any kind of claim in midfielder before being taken off on the hour mark with a hamstring twang.

Speaking to the press after the final whistle, Wenger engaged in some trademark bemoaning:

Physically, we are not ready. You are in a ‘Catch 22’ situation with the Euros.

When they (the players) are not ready and they play this kind of game, they get injured, like Ramsey today.

Or you give them a needed rest and you start the season without many of your players.

For the record, just the 10 of Liverpool’s current squad made it onto the pitch at the European Championships, while Philippe Coutinho made five appearances for Brazil between the end of June and the start of the new season.