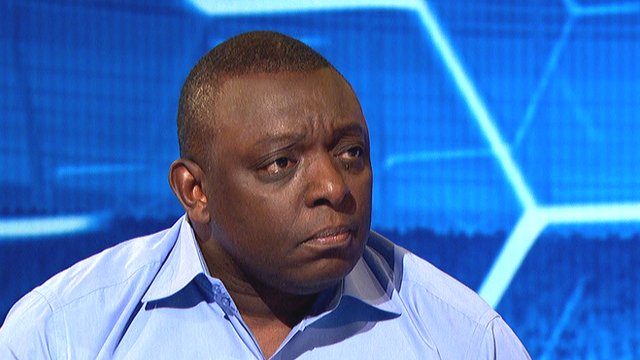 While the odds are most definitely against it after a stirring win over Arsenal on the opening weekend, Garth Crooks has dribbled a drop of virgin’s blood into the concoction bubbling away in his soothsayer’s cauldron and used his sight beyond sight to predict that Liverpool will be relegated from the Premier League this season.

Every Monday morning, BBC Sport’s resident football expert births his ‘Team of the Week’ unto the world, a hand-picked selection of the 11 players to have caught Crooks’ discerning eye over the weekend just elapsed.

Ever the transcendental radical, Crooks then takes his 11 players and forcibly crams them into an insane, psychedelic formation he witnessed as part of his weekly stilton-induced Hopi vision quests.

An attacking 5-1-1-3 with Kevin de Bruyne as a holding midfielder? Let Garth take you there, traveller.

The very first ‘Team of the Week’ of the 2016/16 campaign is a relatively sedate affair by Crooks’ off-piste standards.

As can be seen below, the draft features a rather ordinary mix of ‘players who scored’ and ‘players who were singled out for praise on Match of the Day’ all lined up in a fairly uniform 4-3-3 (if you’re willing to overlook Philippe Countinho’s deployment in central midfield). 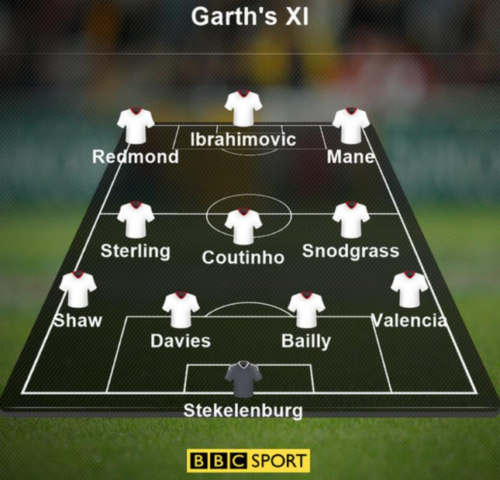 However, Crooks used his paragraph explaining Sadio Mane’s inclusion (spoiler: he scored) to make a bold claim about Alberto Moreno’s presence in the Liverpool team and the potentially critical effect it may have on their top-flight survival chances…

Jurgen Klopp is not averse to spending money if the talent is available. Having spent it wisely on Mane, he should seriously think about selling striker Christian Benteke – as he is surplus to requirements – and buying a decent left-back.

If he keeps Alberto Moreno in the team, he can forget the top four – he’ll get relegated.

In fairness, Crooks is probably/hopefully being off-the-cuff and deliberately laying it on thick there, and Moreno was his usual puppy-on-a-freshly-polished-lino-floor self against the Gunners, giving away a penalty and generally being absolutely anywhere and everywhere other than where he should have been at any given moment.

As expected, the criticism came from across the board…

moreno….the top knot though, if you have them hairstyles you better perform!

It’s perhaps only fitting that we let one of the most reliable full-backs of his generation have the last word, with Gary Neville pondering on Moreno’s performance at the Emirates before describing it as “absolute garbage” on Sky Sports.

“You might as well start a goal down with Moreno at left-back,” the Neviller subsequently proffered.