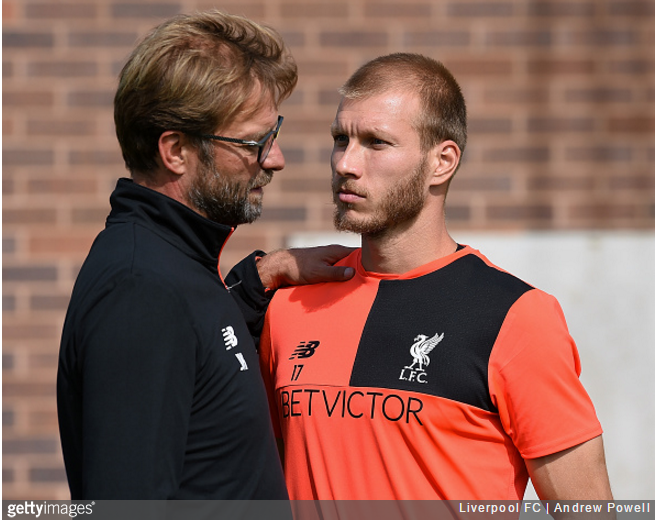 Ragnar Klavan has revealed that he felt the need to ask Jurgen Klopp to send him a selfie before he signed for Liverpool last month in order to prove that the club’s interest in him was genuine.

After receiving a text from Klopp professing his interest in signing Klavan, the Estonian defender simply assumed that one of his friends was pulling his pudding by pretending to be the Reds boss.

Talking to the Telegraph, Klavan recounted the exchange:

Jurgen sent me a selfie to prove it was him. I’d received the messages so I wrote back ‘I don’t believe you. I need proof’. He sent me the picture smiling!

At first I couldn’t believe it. It was my dream to play in the Premier League for 22 years. Then you are told you not only have a chance to do it, but it is Liverpool.

I was like ‘are you serious? This is really happening?’ I never thought of the possibility.

The 30-year-old centre-half also explained that once he was satisfied Liverpool’s interest was kosher, wild horses couldn’t have prevented him from making the switch from Augsburg to Anfield.

There are some players who are always asking their agent ‘is anyone interested in me? Tell me, tell me’.

I always told my agent that if there is something real and 100% then sure you can tell me about it, but I don’t want to hear about maybes.

What is interest nowadays in football? Interest could mean you are in a list of 20 players. I had no idea Klopp was looking at me.

I didn’t need convincing. I told the manager straight away if there is a chance to come, no other club interests me.