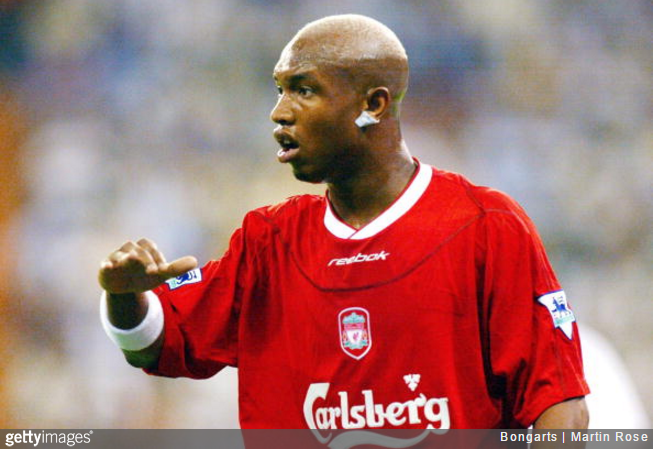 While you may be sat there thinking that Mario Balotelli’s failure to bed in at Liverpool was solely due to a heady mix of under-performance and miscommunication, it should be noted that El Hadji Diouf, in his infinite wisdom, has proffered forth an alternative theorem on the matter.

Unsurprisingly, Diouf has pinned the blame squarely on Steven Gerrard, whose “jealousy” saw him stymie Balotelli’s progress at Anfield in the interests of remaining top dog himself.

As a quick recap, Balotelli spent two years with the Reds after joining for £16million in 2014, going on to amass just 16 appearances in the league and scoring but the once. He was palmed off to Nice for nowt last month.

I told him not to go to Liverpool. It wasn’t made for him, that things couldn’t go well with Gerrard, who has never had his talent and then said negative things about him.

Gerrard is a jealous man who doesn’t like men of character. Mario is a good person that you should listen to. He’s not a guy who’s going to cause problems in the dressing room.

There are a lot of things that have been made up about him. People tell tales about him, but they’re often a load of rubbish.

If this all sounds familiar then that’s probably because Diouf has already presented a version of this particular thesis back in September 2015 in which he also claimed it was “common knowledge” that jealous Gerrard resented Balotelli as “he doesn’t like black men”.