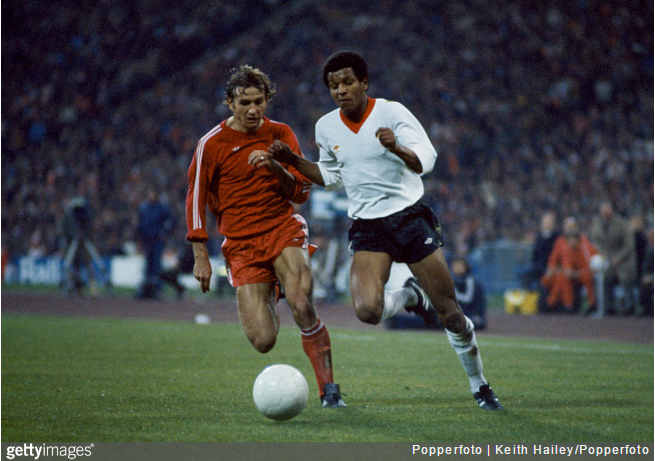 Liverpool’s first black player, Howard Gayle, has revealed that he refused to accept an MBE due to the residual and unsavoury implications of ’empire’ inherent with the award.

For the uninitiated, the MBE – or ‘Member of the Order of the British Empire’ – is a chivalrous honour doled out by the monarchy to citizens who are deemed to have made notable contributions to the realm, like Jeremy Beadle and Adele.

Gayle, now 58, was offered the award earlier this year for his tireless work combating racism in football with Kick It Out, but turned it down because he felt it would go “against his values”.

The MBE would have been ‘kick in the teeth’ – Howard Gayle says it’s time name was changed.https://t.co/cI3p8oS059 https://t.co/2F66GhoVHv

If they want to be inclusive and accepting of black people around the UK and the Commonwealth, then they need to change the title of it – as it’s an exclusive club being an MBE or OBE or one of those gongs.

A lot of people around the world contacted me to say they accepted my decision and that the title of MBE did rankle.

As well as his MBE snub, Gayle found himself in the news earlier in the week after an excerpt from his new memoir, ’61 Minutes In Munich’, appeared in the Guardian.

The book details his upbringing in Toxteth and the path that eventually led him to being the first ever black player to represent his boyhood club, as well as the myriad prejudice he faced on the way.

In the passage, Gayle describes the moment, after quietly suffering years of racial abuse masked as ‘harmless banter’, he put a succinct end to the relentless array of remarks being aimed at him by infamous Liverpool hardman Tommy ‘Anfield Iron’ Smith.

I’d had enough of him (Smith): this bitter old man. So I went over and squared up: nose to nose. I looked at him dead in the eye.

“You know what, Tommy; one night you’ll be taking a piss at home and I’ll be there waiting for you with a baseball bat,” I said, calmly. “And then we’ll see what you’ve got to say.”

I wanted to start a fight with him. And then he walked away.

As we say, the full wodge appeared in the Guardian earlier in the week. It’s uncomfortable reading, but incredibly poignant and important nonetheless.

Do yourself a favour and take a gander.