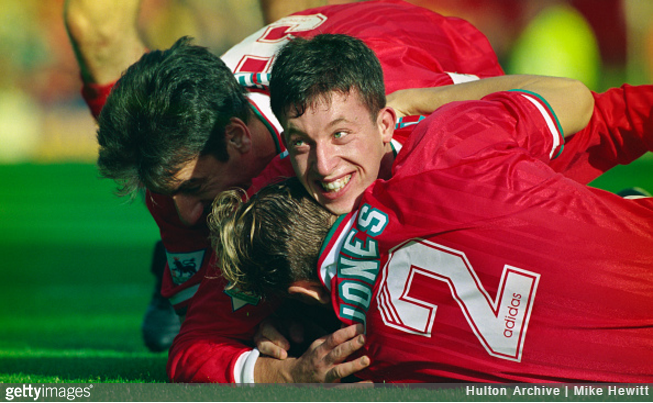 “I’ve ordered us a pair each lads. They’re in the post!”

Culminating in a 2-1 defeat against Aston Villa, Liverpool muddled through a fairly average season in 1993/94, finishing way down in 8th place in the Premier League and being knocked out of both the FA and Coca Cola cups in the third and fourth round respectively.

However, the campaign wasn’t a total write-off, with fans of the appropriate vintage doubtlessly remembering 1994 as the year they set eyes on a truly iconic piece of Liverpool memorabilia for the very first time.

Indeed, the end of the season saw the release of the ‘Official Limited Edition Liverpool Team Trainers’ – an instant staple of the Anfield terraces and available by mail order from the back of Match magazine for just a sliver under 30 quid… 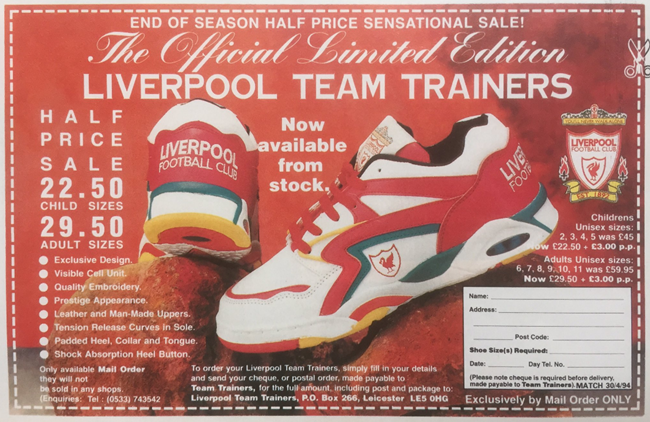 Feel free and just take a moment to marvel at that appearance. So prestigious.

Of course, most self-respecting Liverpool fans own a pair of official team trainers these days, but we can only speculate as to how much an original set would be worth.

Let’s just call it a small fortune and leave it at that.