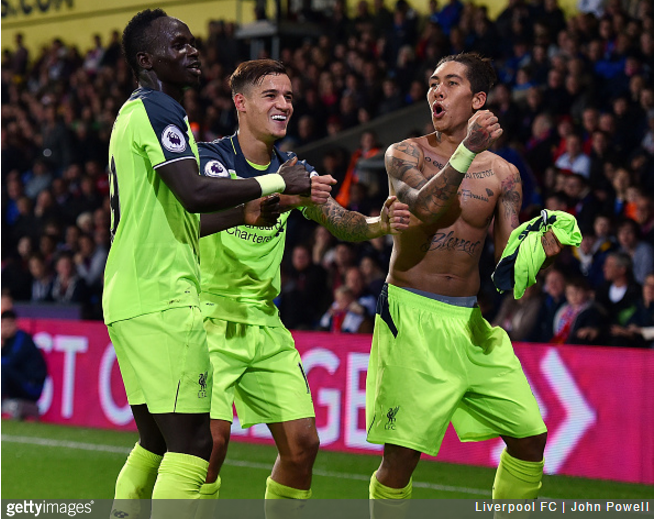 Not that we wish to be killjoys about the whole thing, but it has emerged that Roberto Firmino’s goal against Crystal Palace on Saturday evening could have been disallowed on a technicality.

Firmino capitalised on some defensive dawdling to dink a subtle finish over Steve Mandanda and thus flesh out a 4-2 win for the Reds at Selhurst Park.

The Brazilian then celebrated by whipping off his shirt, though he made the mistake of actually doing so before the ball had crossed the line… 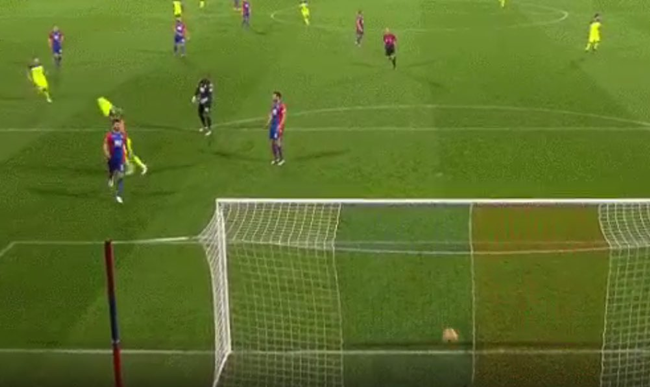 According to the Liverpool Echo, Firmino’s premature shirt twirl meant that, assuming the referee had noticed, he’d have been well within his rights to chalk the goal off and book the midfielder for “unsporting behaviour”.

Play would then restart with an indirect free-kick to Palace, to be taken right on the goal-line.

The law reads: “If play is stopped to caution the player, an indirect free kick shall be awarded to the opposing team from the position of the ball when play was stopped.”

This is a grey area, according to one refereeing source, as goal celebrations which see a caution for taking shirts off are administered because of unsporting play.

Common sense should be applied in Firmino’s case, as it could create a situation where opposition players take off shirts when a striker is through on goal to halt play (although advantage could also be played).

So common sense prevailed in the end.

That said, Firmino would perhaps be wise to attempt to keep his clothes on just a little while longer next time.