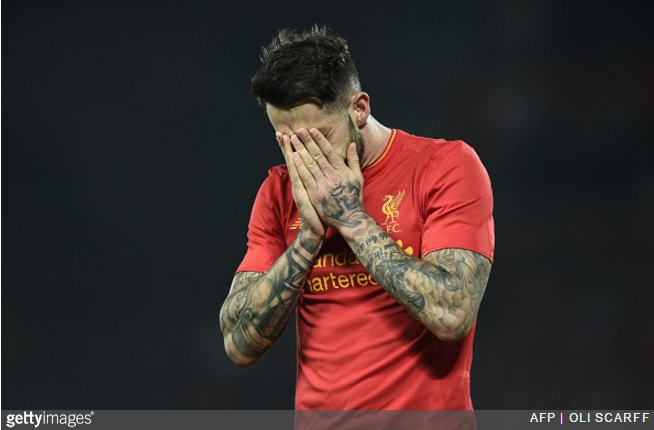 Having just about hauled himself back to match fitness after missing the majority of last season, Danny Ings has been ruled out for the remainder of 2016/17 after suffering yet another major knee injury.

According to the Telegraph, the Liverpool striker suffered “serious cartilage damage” during last week’s EFL Cup tie against Spurs. He underwent surgery in London and is now likely to be out of action for the next seven to nine months.

After confirming the extent of Ings’ ordeal, manager Jurgen Klopp told This Is Anfield:

To say we are gutted would be an understatement. He is such a great boy and has worked so hard that he deserves better luck than this.

It is typical of Danny’s personality, on and off the pitch, that he picked up this injury to his knee when courageously trying to win the ball back for his team by making a tackle.

But it is this same personality that means he will come back as good and as strong from this latest setback as he has done in the past.

The one minor sliver of positive news is that Ings hasn’t re-knackered the cruciate that sidelined him for the majority of last year, nor has knackered the same knee – which, in relative terms, is at least something of a blessing.

A thoroughly decent bloke with an admirable work ethic, here’s wishing Ings the very best of luck with his recovery.