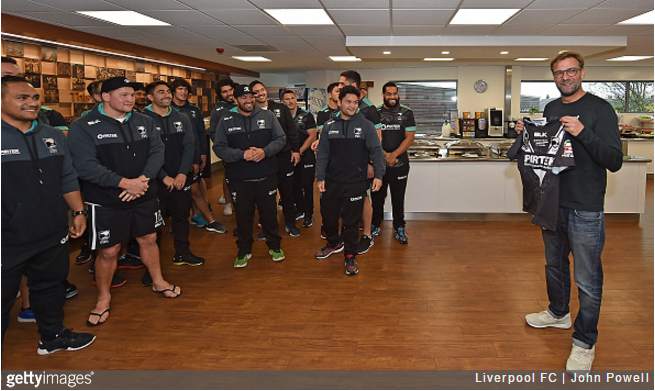 Having made it through to the final of the 4 Nations at Anfield, the New Zealand rugby league team spent their Thursday limbering up and running into one another at Liverpool’s training ground.

This led to a somewhat extraordinary scene wherein, after being presented with his own All-Blacks jersey, Jurgen Klopp was given a personal rendition of the Haka in the middle of the canteen at Melwood…

Enjoy that, Boss? 😄@NZRL_Kiwis perform the Haka for the #LFC squad at Melwood ahead of the @TheRFL #4Nations final at Anfield on Sunday! 🏉 pic.twitter.com/Q7FocgcXFE

Here’s hoping we’re all treated to similar scenes before the match against Southampton on Saturday afternoon.