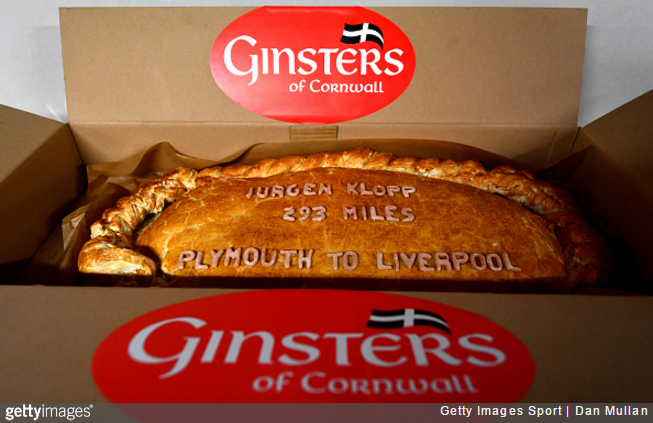 For reasons we can’t quite fathom, Jurgen Klopp was presented with a rather fantastic souvenir after last night’s FA Cup third round replay at Plymouth Argyle.

At the behest of Argyle’s sponsors, the Liverpool coach was given an enormous commemorative Cornish pasty, presumably to tide him over on the long trip back home.

As you might imagine, Klopp was ever so slightly confused by the whole thing but just about managed to remain courteous in the face of such intense bafflement…

We dread to think how much that thing would set you back at a motorway service station.