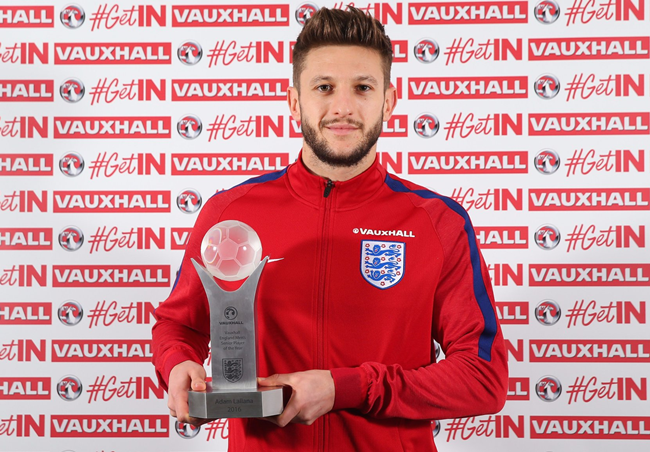 Congratulations are in order for Adam Lallana who has been crowned as England Player of the Year for 2016.

The Liverpool man came out on top in the FA’s fan poll, taking 39% of the votes to clinch it over Jamie Vardy (12%) and Wayne Rooney (9%) in second and third place respectively.

Lallana enjoyed something of a breakthrough year (well, half-year) at international level, scoring his first goal against Slovakia in September before going on to notch another two in friendlies against Spain and Scotland in November.

On the basis that that’s more than anybody else has done in an England shirt in 2016, we guess he deserves his accolade.

For the record, the Under-21 award went to Nathan Redmond…