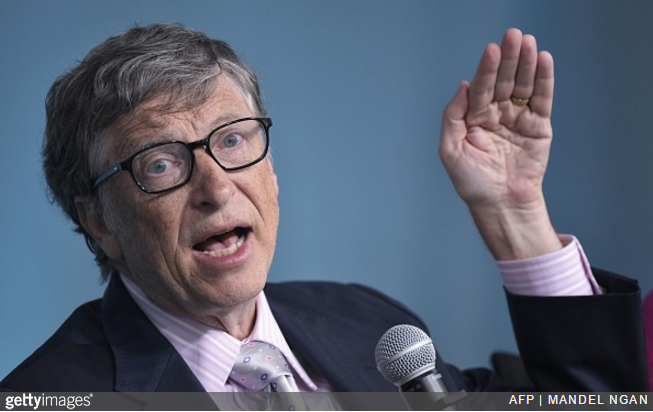 It’s been revealed that Bill Gates was once offered the option to buy Liverpool FC but never responded to the proposal.

Court papers have shown that Gates, co-founder of Microsoft and noted gazillionaire, was approached by an intermediary on behalf of former Reds owners George Gillett and Tom Hicks.

After making a hash of pretty much everything at Anfield, Hicks & Gillett decided to sell up in 2010 and appointed Barclays Capital to find buyers.

Barclays subsequently hawked the club to Gates as well as Robert Kraft, owner of the New England Patriots, on no less than two occasions.

This from Sky Sports News:

The approach to [Gates] has been revealed in court papers from the ongoing legal battle between Mill Financial, former co-owner George Gillett and the Royal Bank of Scotland.

Two separate approaches were made to Robert Kraft […] and both were rebuffed.

The aforementioned papers reveal that Liverpool’s chairman at the time, Sir Martin Broughton, confirmed Barclays sounded out Gates and Kraft as part of their search during the court case:

Broughton […] was asked if “there was at least an attempt to contact Bill Gates and Bob Kraft in the US?”

Broughton replied “correct”, though he went on to say that the approach was part of a worldwide search for potential owners.

Of course, it was Fenway Sports Group that eventually took the £300million plunge in October of 2010 and everything in the garden has been rosy since.

Just think of the stellar names Liverpool would have been able to pull in with Gates’ £70billion WAR CHEST to dip into.