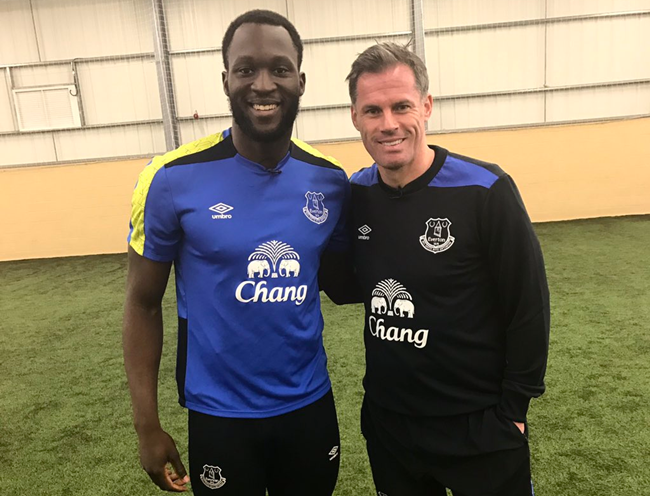 At the behest of his Sky Sports employers, Jamie Carragher toddled down to Everton’s training ground to conduct an interview with the Premier League’s joint-top goalscorer, Romelu Lukaku.

As part of the grilling, Carragher graciously offered to give young Lukaku a bit of one-on-one tutoring in the subtle art of old-school defending.

Sadly, it all proved to be a bit much for old Carra, who promptly got his derriere handed to him by the marauding Belgian striker…

After sharing the clip on social media, Carragher was inundated with queries from irked Liverpool fans, asking why the former Reds defender was so willing to appear on screen wearing enemy colours.

Other than the fact he supported the Toffees as a boy, Carragher also revealed that he another, even better reason for turning out in Everton garb…

Big Dunc & Lukaku were waiting at the entrance with the kit, wasn’t easy to say no! https://t.co/ergrTwfwG8

For the record, the full interview between Carragher and Lukaku is being shown on Sky Sports News throughout the day.