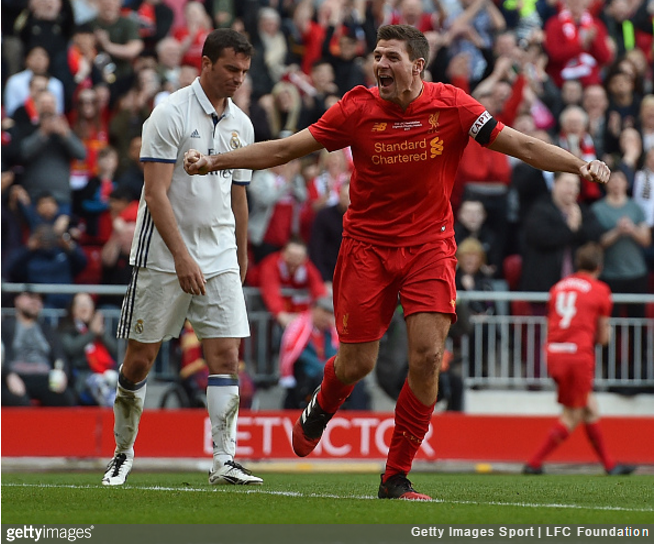 Liverpool Legends edged out their Real Madrid counterparts in a 4-3 win at Anfield, raising thousands of pounds for the Liverpool FC Foundation in the process.

As is scripted beforehand, it was Steven Gerrard who popped up with the decisive goal for the Reds, ramming home a 78th-minute volley after setting himself up with a smart first touch…

Gerrard’s goal put Liverpool 4-0 ahead and, despite Madrid rallying to score three goals in the final ten minutes, the victory was ultimately secured.

Incidentally, one of Madrid’s goals was scored by Edwin Congo, who must surely have the most tenuous claim to ‘legendhood’ imagineable.

A Colombian international, the striker signed for Los Blancos in 1999 and then played a grand total of zero minutes for the club before leaving again in 2002 following a succession of unremarkable loan moves.

Christ, Madrid can’t really that desperate for old boys, can they?