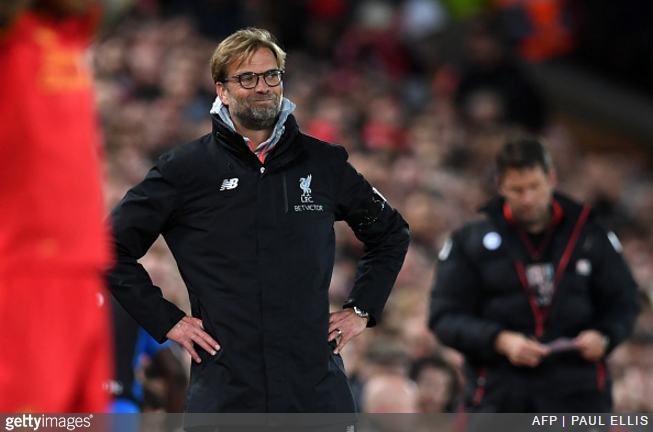 Jurgen Klopp was left befuddled on the Anfield touchline as he watched his Liverpool side concede late on to relinquish all three points against Bournemouth on Wednesday evening.

After Divock Origi put them ahead on the hour mark, the Reds were 2-1 up and relatively comfortable for the remainder of the half – right up until the moment Josh King popped up with an 87th-minute equaliser for the visitors.

Liverpool did however end up with a crumb of consolation to nibble on, safe in the knowledge that their social media team had secured them the ‘Most Poorly-Timed Tweet of the Night’ honours courtesy of this little beauty… 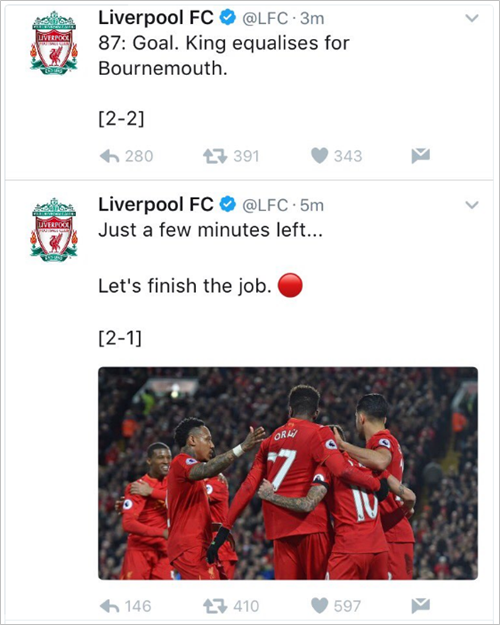 The draw leaves Liverpool in third, teetering two points above Man City having played one game more than Pep Guardiola’s side.

Bournemouth, on the other hand, drop a place down into 13th, level on points with Burnley below them.