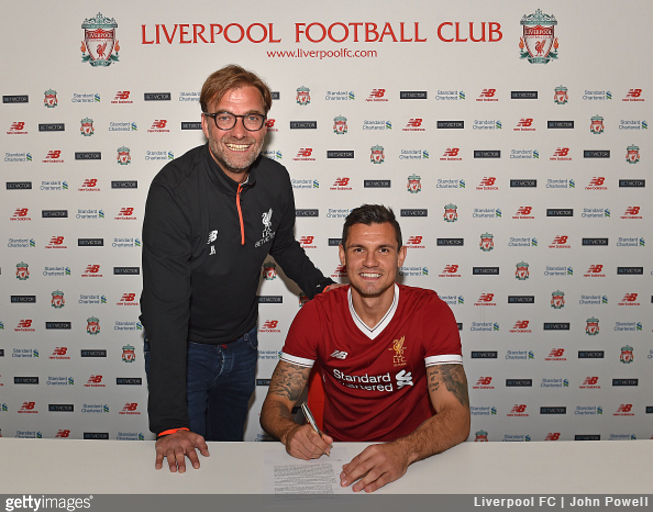 Liverpool have gone and chucked a new, long-term contract at Dejan Lovren.

The Croatian defender, 27, was presumably as surprised as we are to be offered a new four-year extension, which the Independent reckon will see him recoup £100,000 every seven days.

✍ Liverpool FC can today announce Dejan Lovren has signed a new long-term contract with the club.

All in all, that means Lovren – a constant and ever present defensive liability in almost every game he plays – is earning more than the likes of Laurent Koscielny, Jerome Boateng, Giorgio Chiellini, Leonardo Bonucci and Raphael Varane (via Nik Postinger).