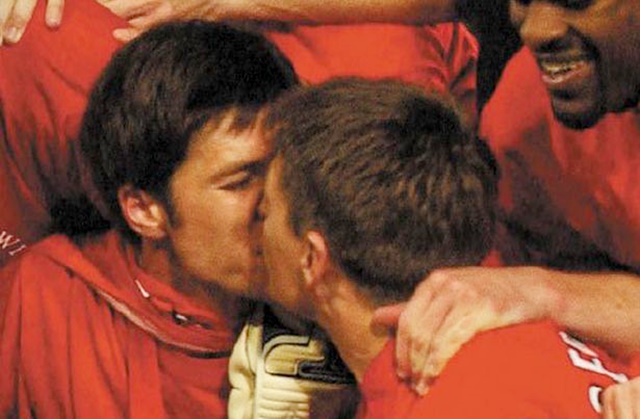 With Xabi Alonso all set to ride off into the Bavarian sunset at the end of the current season, the great and the good of the footballing world have been queuing up to pay homage to the veteran Spanish midfielder.

And so, with just one game left to play this campaign, Bayern’s in-house TV channel conducted a special farewell interview with Alonso that featured a series of video messages from his friends and former colleagues, ranging from Pep Guardiola to Rafael Nadal.

Steven Gerrard also took the opportunity to wish his old Liverpool mucker a happy retirement, delivering a rather emotional speech in which, among other memories, he recalled the moment Alonso “broke his heart” by leaving Anfield for Real Madrid…

Xavi you are pure quality . A class act on the pitch and a gentlemen off it . It was a pleasure to play alongside you and I missed you every day from the moment you left the reds . Congratulations on your perfect career and good luck to you and your family In the future . #legend 👌🏻👍❤️ @xabialonso

My hero. My mate. pic.twitter.com/qFmO53EQvl