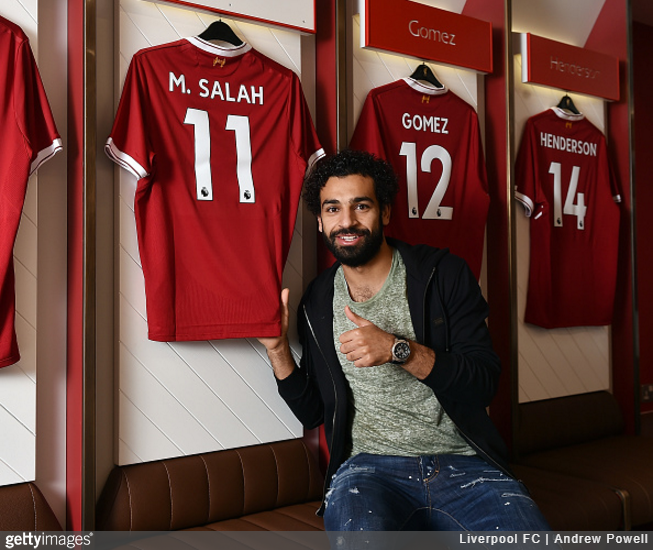 Liverpool are due to play Tranmere in a pre-season friendly tonight, though sadly fans in attendance will not be getting a first look at new signing Mohamed Salah in action.

The Egyptian winger completed his £34million move from Roma in the middle of June, but will not be eligible for selection by the Reds until he leaves the UK and then returns. Yep.

Due to rather silly immigration procedures, Salah will have to leave the United Kingdom, spend a couple of days on non-UK soil and then return again once his work permit is granted before he’s officially able to start playing for Liverpool.

Mo Salah is here in training but cannot play because of the rules, so that’s what we have to accept.

We will try to get the working permission or the visa, I’m not sure what it is we need to get but we have to go to Paris and leave him there for a day or two and then he’ll come back.

We are hopeful he can play soon.

In slightly less confusing news, Klopp also confirmed that Jordan Henderson is in contention to return against Tranmere after his 2016/17 season was ended prematurely by a nasty foot injury suffered in early February.