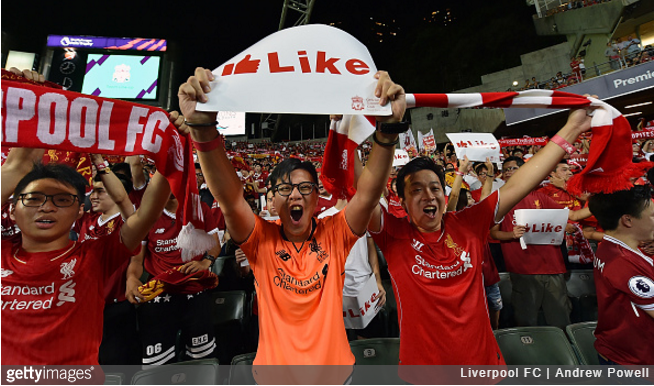 Liverpool Football Club was founded in 1892, meaning that for over 125 years they’ve somehow been operating without an official regional water partner in China.

Thankfully, that flagrant oversight has now been addressed, with the Reds proudly announcing that Tibet Water Resources Limited have agreed to step into the void and become the club’s official Chinese bottled water suppliers.

John Barnes, with a smile you can almost hear being forced from here.

According to a statement issued on the Liverpool website, the partnership will see the club and Tibet Water collaborate to “create unique experiences for Reds fans and consumers alike” via the exciting medium of mineral water.