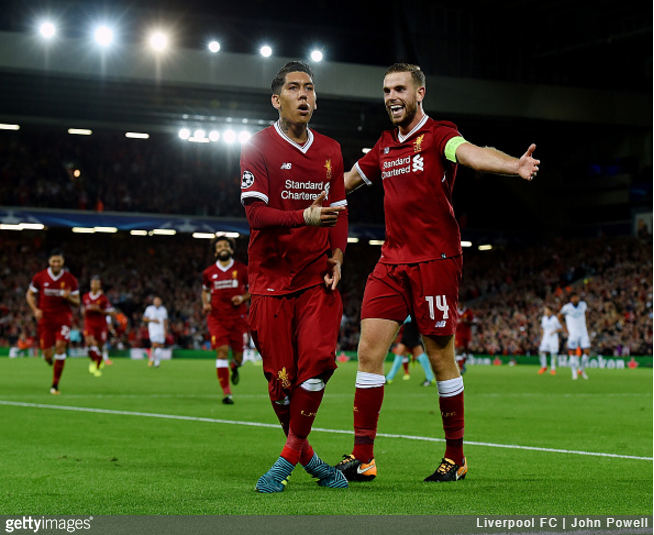 Pull your shorts up young man!

The Premier League will have five teams competing in the Champions League group stage for the first time ever after Liverpool sauntered past Hoffenheim in the second leg of their play-off at Anfield last night.

After emerging from Germany with a 2-1 win in the first leg, a four-goal glut in the second ensured that Jurgen Klopp’s merry band of jesters made the aggregate cut.

Slick approach play from Sadio Mane allowed Emre Can to open the scoring just 10 minutes in, before a quick couple of tap-ins in the space of three minutes (one from Mo Salah, the other from Can) saw the Reds go 3-0 up inside the first 20 minutes, with Mark Uth pulling one back for Hoffenheim before the break.

Bob Firmino then rounded off the rout for Liverpool with a slick counter-attack goal on the hour-mark, while a late headed consolation from Sandro Wagner saw the tie end 4-2 to the Reds on the night and 6-3 overall…

However, the individual performance of the night came amongst the away support at Anfield, with one Hoffenheim fan showing an impressive commitment to his dental hygiene regime by producing a toothbrush and toothpaste from his bag and having a quick scrub…

Don’t ask us, because we haven’t got a clue!