An Egyptian journalist has drawn ire from all quarters after calling for Mohamed Salah to shave his beard off.

Salah Montaser spilled his brain rubbish out in a column in the state-run Al-Ahram newspaper on Sunday, demanding the Liverpool star rid himself of his beard because he looks like a “terrorist”. 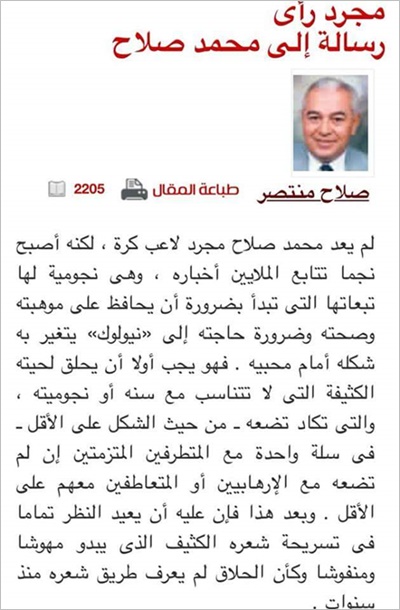 According to Montaser, Salah’s facial vegetation “puts him in the same basket as extremists and terrorists”, some of whom also have beards. You simply can’t fault the logic.

Of course, it wasn’t long until the scorn came raining in on Montaser, with droves of fans deriding the writer for attempting to impinge on Salah’s personal freedom on such hopelessly flimsy pretences.

With 33 goals in 42 appearances for the Reds this season, we doubt Salah could care less.