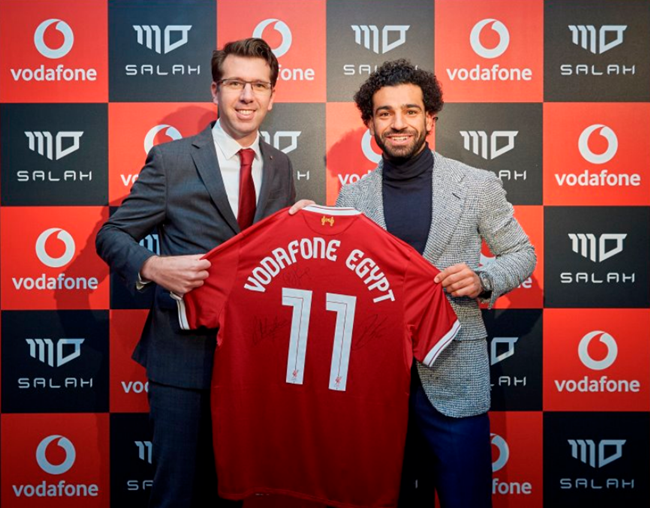 Vodafone are hoping to make hay while Mohamed Salah shines by installing the Liverpool forward the face of their latest Egyptian marketing campaign.

Salah has starred in a series of adverts for the telecom company of late, including a 1:37 mini-saga that is probably really stirring if you understand Arabic.

As well as making money off his good name, Vodafone are also giving a little bit back to their customers – specifically those signed up to the new ‘Mo Salah World Rate’.

In a new initiative, the company have promised to dole out 11 free minutes of phone calls to anybody on the rate each and every time the Liverpool star finds the back of the net from now until the end of the season.

Vodafone Egypt has a voice tariff bundle called “Mo Salah World”. From now until the end of the campaign, every time he scores, Egyptians signed up on the bundle get 11 free minutes!
11 is his shirt number, so seems a fair number to use.. #BrandAmbassador pic.twitter.com/Ix55cjo7vu

Given that Salah already has 35 goals to his name this season and is out-scoring just about everybody else in world football, a decent March, April and May might just be enough to put Vodafone Egypt out of business entirely!