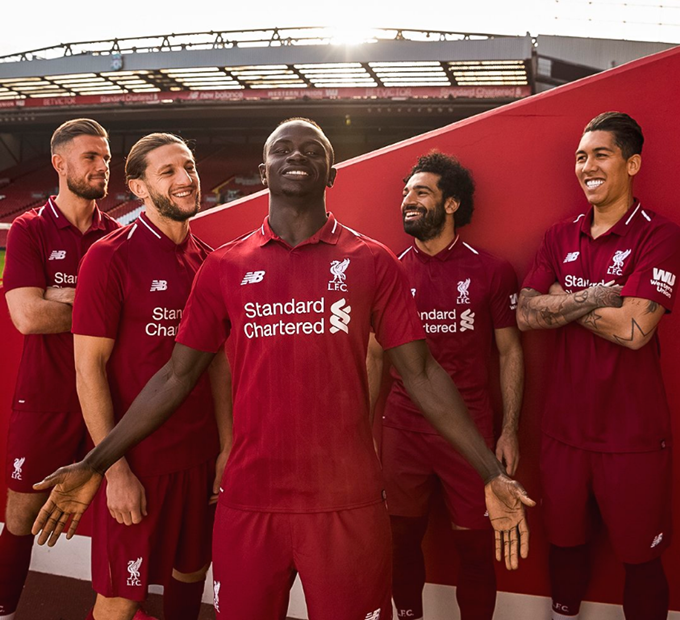 Liverpool have unveiled the new home kit they’ll be wearing at Anfield as of next season and, as you might expect, it’s mostly red.

New Balance are bandying around bumph about this kit “meaning more” and “making millions of dreams come true”, but it’s mostly just a very plain red strip – much like every other one they’ve produced for Liverpool over the past four years (six if you include the Warrior models).

Anyway, here’s the latest offering, which is okay enough… As you might be able to tell, Pies aren’t exactly bowled over, but it’s a smart kit and the font/typeface used for the names and numbers is quite cool.

Other than that, we’re struggling to tell it apart from every other latter day Liverpool kit.