Liverpool will grace the Champions League final for the first time in over 10 years, after the Reds lost 4-2 at the Stadio Olimpico to scrape through 7-6 on aggregate.

Coming into the game 5-2 ahead, the Reds increased their lead within the first 10 minutes when Sadio Mané netted from a Roberto Firmino pass.

Soon after, Roma leveled the scores on the night when James Milner put through his own net after Dejan Lovren’s attempted clearances came back off the midfielder’s head.

Liverpool took the lead again on 25 minutes, with Georginio Wijnaldum heading home to put the Premier League side 7-3 up on aggregate.

However, in the second-half, the hosts rallied, with ex-Man City hitman Edin Dzeko scoring on 52 minutes.

Radja Nainggolan then scored on 86 minutes to make it 3-2 to Roma on the night, via a fine long-range effort.

The Belgian midfielder would score again, converting a spot-kick in injury time after Ragnar Klavan handled in the box.

However, there was no time for Roma to complete their unlikely comeback, with Liverpool progressing to their first Champions League final since 2007, courtesy of a 7-6 aggregate victory.

It will also be their eighth Champions League/European Cup final, more than any other English side has managed.

8 – @LFC have reached their eighth European Cup/Champions League final, at least three more than any other English side. Representing. pic.twitter.com/FdKpE3kHs8

Jurgen Klopp’s men also become the first English side to reach the Champions League final since Chelsea beat Bayern Munich on penalties in 2012. 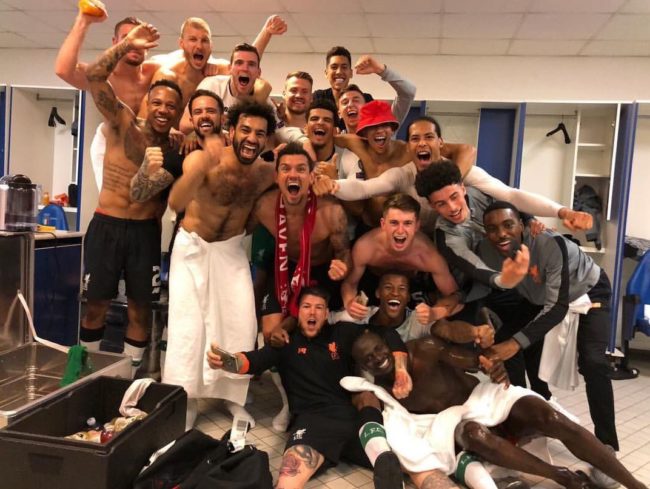 Real Madrid now await in the final for the Merseysiders, in what should be a cracking final.