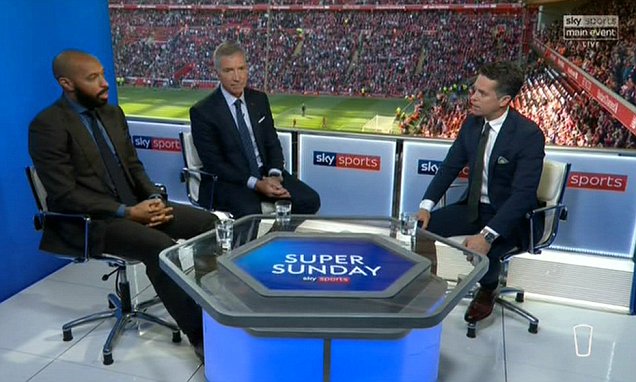 Graham Souness has apologised for storming off set during Sky Sports’ live broadcast of Liverpool’s 4-0 win over Brighton on the final day of the Premier League season.

The pundit threw a wobbler after being cut off by the production team one too many times after being told to keep his joyless, anodyne observations brief.

According to the Daily Mail, Souness was heard to mutter, “I don’t need this. That’s four times today you have shut me up” as he stomped off in a huff.

When coverage returned following an advert break, the Scotsman had been replaced by Gary Neville, who had been providing co-commentary from the gantry at Anfield.

However, Souness has since simmered back down to a gently rolling boil and apologised for his actions, with a Sky Sports spokesperson confirming as much:

Graeme reacted badly to a directive to wrap up his comments before an ad break.

But he has been in touch with the production team to apologise.

How magnanimous of him.

There are also extraneous reports that the production team took umbrage at a comment Souness made on air about Mohamed Salah looking like “Kenny Dalglish with a sun tan”, which, if true, is dreadful on several levels.

This is the comment in full, as quoted by the Telegraph:

I was working with Kelly, his [Dalglish’s] daughter, here on a game, sitting here and I said, ‘He [Salah] is like your Da with a sun tan’.

He has a football brain which has a different picture to most people.

We think it’s meant to be a compliment, just with a bit of casual racism thrown in for good measure.

Then again, Souness being a bit of a tosser is hardly a major revelation.