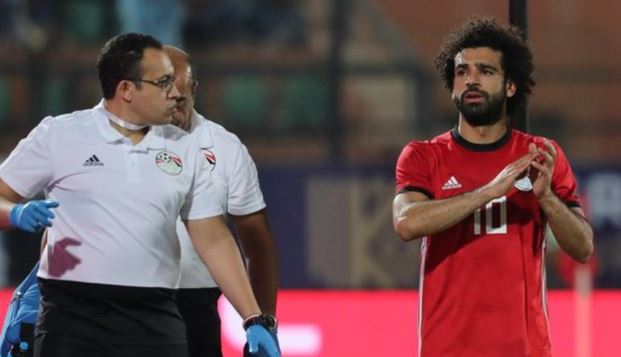 Mohamed Salah may not yet have hit the extraordinary heights of last season with Liverpool in the current campaign, but on Friday with Egypt, the winger scored a fabulous goal direct from a corner kick.

The 26-year-old Salah netted his goal in his side’s 4-1 Africa Cup of Nations qualifying clash with eSwatini (formerly known as Swaziland).

The goal came just before half-time, with Egypt already 3-0 up, with Salah curling in the corner with his left foot…

We’re convinced he meant it!

After the break, eSwatini would get a consolation goal, with Sibonginkhosi Gamedze netting via a fine long-range lob…

The game would end 4-1 to Salah and co, a result which sees them go level on points with Group J leaders Tunisia.

Worryingly for Liverpool, star-man Salah was forced off with injury late on.

Jurgen Klopp and co. will be hoping that their star-man will recover in time for the Reds’ Premier League clash with Huddersfield next Saturday.