Having made the switch back in July, Alisson Becker is beginning to overcome the culture shock of swapping Rome for Liverpool.

To help acclimatise to daily life on Merseyside, the Brazilian goalkeeper has been attempting to conquer the oft-impenetrable local dialect.

While confidence isn’t exactly overflowing as his studies continue, Alisson proved in an interview with Sky Sports that he has at least mastered one key Scouse phrase…

“Come on lad!” 👊🔴@LFC ‘keeper Alisson Becker says he is adapting well to life in England and has even picked up a bit of Scouse…😏

Things are coming along nicely. Alisson might not be fluent yet, but that brief snippet of Scouse accent sounded suitably Carragherish.

At this rate, he’ll soon be crooning closed-eyed through a lilting acoustic version of The Anfield Rap. 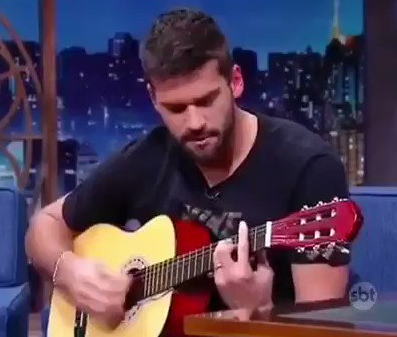 “Well I came to England lookin’ for fame…”