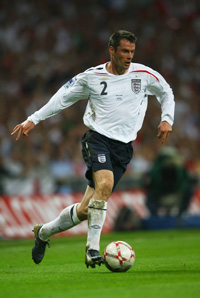 Jamie Carragher has confirmed that he will not return to international football. After finally getting a guaranteed first team place, the Scouse defender has decided he doesnâ€™t want it – but is he sticking to his guns or shooting himself in the foot?.
Carragher is tired of being continuously overlooked by his country, despite being considered one of the finest defenders on the Continent. And, when McLaren opted for an unfit Ledley King in the last match against Estonia, his patience ran out.
Despite a face-to-face meeting with the England manager on Monday, McLaren couldnâ€™t convince the Liverpool stalwart to change his mind.

‘I met Jamie on Monday and had a very good conversation but unfortunately he’s stayed with the decision to not be involved with us,â€ he told Sky Sports News.
With John Terry, Ledley King and Jonathan Woodgate out injured, weâ€™re unusually short of centre back cover for the decisive European qualifiers â€“ even Sol Campbell is being mooted for a comeback.
Iâ€™m surprised by Carragherâ€™s decision, especially as heâ€™s such a commited player for his club, but do you think he’s right or wrong to turn his back on his country?