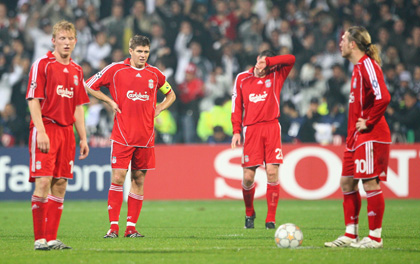 Liverpool’s nightmare run in the Champions League continued last night when they lost 2-1 to Besiktas in Turkey. That leaves the club with only one point from their first three games and their hopes of reaching the knockout stages clinging by a thread.
“Obviously it is very difficult now for us to get through but I believe we still can. There are three games left and we must win all three, but we can do that,” said Rafael Benitez optimistically. Do you believe him?