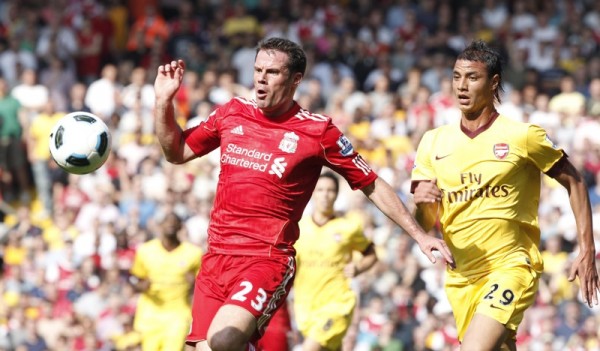 Jamie Carragher accepts Liverpool’s best chance of silverware this season will come in cup competitions as they have too much ground to make up on title favourites such as Man Utd and Chelsea.

“People have said ‘You’ve done this and that for Liverpool’ but we’ve not won a trophy for four years and that is annoying me a little bit,” Carra said.

“I certainly don’t want to go on another couple of years not winning one before I finish at Liverpool.

“I don’t see any reason why we can’t win a trophy this season or the next couple.

“The one I haven’t won is the league but I suppose that will be very difficult this season going from seventh last season.

“But I see no reason why we can’t have a good go and have a trip to Wembley.”

Yep, sounds about right, Carra. Looks like Roy Hodgson – not to mention what happened last season – has injected a dose of much-needed reality into Anfield.