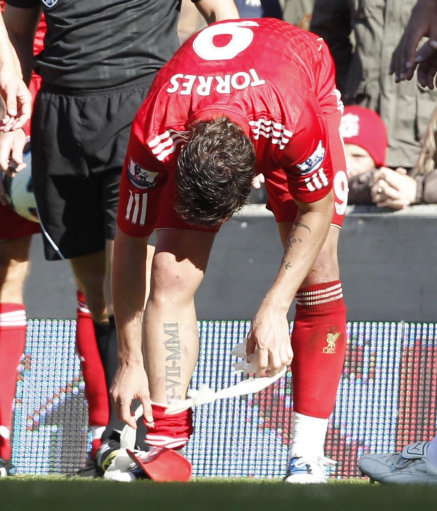 Liverpool’s medical team have confirmed that, although he made his return to action on the opening day of the Premier League, striker Fernando Torres will not reach peak fitness for at least another month – despite being ahead of schedule.

Head of sports science at Anfield, Peter Brukner, is confident that Torres is on track to regaining the spring in his step that has been notably missing of late;

“He’s actually slightly ahead of schedule – he played a game earlier [against Arsenal] than we thought he would. He started off with a few minutes, then a few more minutes and then started the last couple of games.

He’s still not at his physical peak, that will take another three or four weeks, but I think you can see in every game he’s played he’s improving.

I don’t think it will be too long before the old Fernando Torres is back – and I’m looking forward to that.”

Hands up anyone who can remember the last time Torres was at his physical peak? Over-reliance is a bitch sometimes.