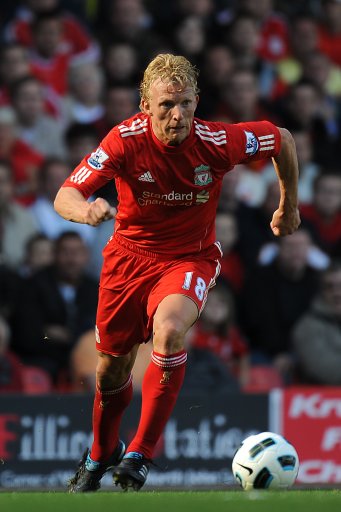 Liverpool manager Roy Hodgson has revealed that Dirk Kuyt is ahead of schedule in his recovery from the injury he sustained whilst on international duty with Holland at the beginning of the month.

Kuyt sheered the ligaments in his shoulder whilst trying to execute a bicycle kick during a training session and was initially expected to be sidelined for up to two months, but it seems that the Dutchman is closing in on a first-team return after just three weeks of treatment.

“Dirk has trained the last couple of days. We’re trying to protect him a little bit but he’s made a remarkable recovery, so it’ll be interesting to see how he progresses on Wednesday, Thursday and Friday in relation to Saturday’s game [against Sunderland] and the game next Thursday [against Kuyt’s former club Utrecht in the Europa League].”

It seems that Liverpool fans can finally start whispering their silent prayers of relief at the prospect of the completely ineffective Maxi Rodriguez finally being benched again. If Deadly Dirk is making you look workmanlike by comparison, then you know you’ve got a problem.