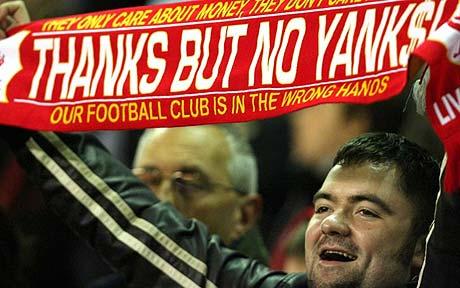 Singapore-based billionaire Peter Lim has today improved his offer to buy Liverpool Football Club, after initially matching the £300 bid made by New England Sports Ventures last week – a bid that was accepted by chairman Martin Broughton.

Lim has now upped his offer to £320 million, with a further £40 million put aside for frittering away on the Christian Poulsen‘s and Maxi Rodriguez‘ of this world.

The investment tycoon released the following statement to detail his intentions;

“I believe that if its massive debt burden can be removed, the club would be able to focus on improving its performance on the pitch. My offer pays off the existing owners’ bank acquisition debt and also frees the club of its own bank debt.

If the board accepts this offer, the monies are available immediately thereby removing the threat of administration. I respect and admire Liverpool Football Club, which is steeped in tradition and history.

The club needs to strengthen its existing squad. As part of this offer, I will be injecting £40million in cash into the club for Roy Hodgson to bring in new players during the upcoming transfer window. Liverpool needs to start winning again.

I am committed to rebuild the club so that it can soon regain its position at the pinnacle of English and European football, where it truly belongs. This is why I have stepped forward with this offer.”

Broughton and the rest of the Liverpool board are currently stating their cases in the High Court today, hoping to prove that Tom Hicks and George Gillett breached contracts in order to try and retain control of the club last week.

Should the court find in the board’s favour, Hicks and Gillet will be left without a proverbial leg to stand on in their continuing attempts to block the sale of club – although the ruling will kind of vindicate the American pair’s stance that there are bidders out there willing to pay more than £300 million for the club.