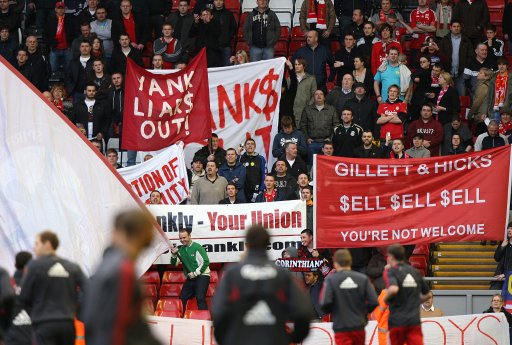 Bit of ‘breaking’ for you in the ongoing soap opera that is the takeover of Liverpool Football Club.

It has just been confirmed that the High Court have granted injunctions against Liverpool owner’s Tom Hicks and George Gillett that could feasibly pave the way for New England Sports Ventures to buy the club before Friday’s debt deadline.

As a result of the injunctions, the English contingent of Liverpool’s interim board will assume executive power and creditors Royal Bank of Scotland (RBS) will be granted permission to facilitate the sale of the club without the say-so of the American owners.

Liverpool FC will need to be sold before Friday to avoid having it’s holding company go into administration (risking a nine-point deduction) as a result of the £237.4 million debts owed to RBS – with NSEV said to be in pole position to make the deal due to having their £300 million offer accepted by chairman Martin Broughton before the court hearing began yesterday.