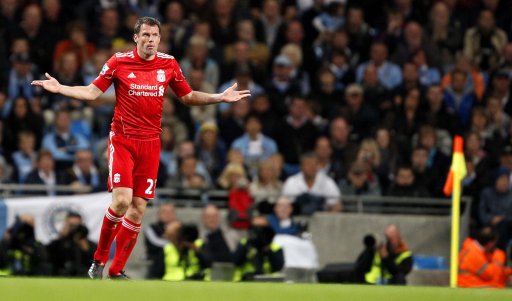 Liverpool stalwart Jamie Carragher has agreed a new two-year extension to his current contract, meaning that he will now be tied to the club until 2013 – can you imagine how slow he’ll be by then? He might even go back in time to 2005.

Carragher, who turns 33 in January, has already declared that he wishes to play for the club until he is ‘about 35 or 36’ after joining as a schoolboy back in 1990.

The long-serving centre-back is already taking his coaching badges and it is widely thought that, upon his retirement, he will join Liverpool’s backroom staff as a coach.