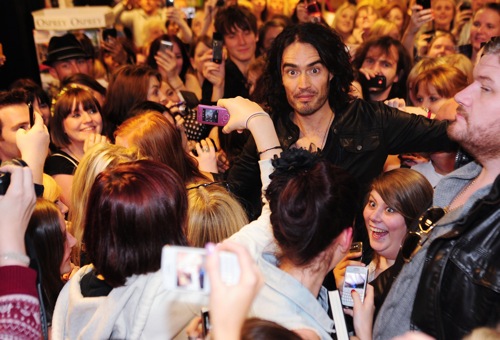 Comedian Russell Brand has made a “generous” donation to the Hillsborough Family Support Group after watching spokeswoman Margaret Aspinall speak at the 21st anniversary memorial service at Anfield.

Brand, who supports West Ham United, met Aspinall in person when she attended his latest book signing at a branch of Waterstones in Liverpool.

It really came out of the blue. He sent me a letter, which was lovely, and said he would like to meet me.

He mentioned the group on a Billy Butler radio interview and said he had watched me speak and it was very moving.

He said he loves Liverpool and thinks the work we are doing is very good. It was very nice of him – he did not have to do it.

I will not disclose how much he gave us, but it was a generous donation. I met him upstairs at Waterstones and he signed his book for me.