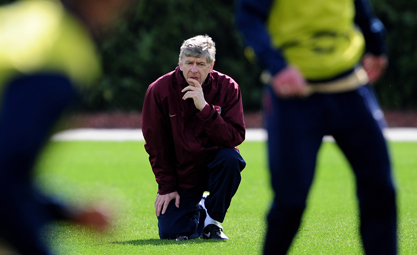 Arsenal vs Liverpool (7.45pm BST)
The battle of Britain commences with the first of three games in succession between these two teams. Arsenal will have to decide whether to move Eboue back into defence in place of the injured Bacary Sagna while Liverpool will continue with their latest system of using Gerrard in the hole behind the in-form Fernando Torres.
The key to the match Arsene Wenger knows he needs to take a result back to an intimidating Anfield for the second leg so we can expect a cagey opening to avoid an away goal. Wenger insists that Gerrard is the man to stop the supply of opportunities to Torres while he’ll be hoping that Emmanuel Adebayour can find his scoring form after nine games without a goal.
Prediction It will be a tight game with Liverpool doing everything they can to keep a clean sheet but Arsenal have a good record against Benitez’s boys, especially at home – back to 1-0 to the Arsenal, although not in a boring way.
Click through for preview of Chelsea vs Fenerbahce 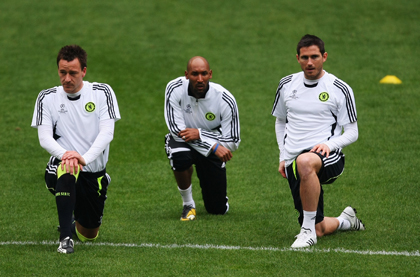 Fenerbahce vs Chelsea (7.45pm BST)
Fenerbahce are seen as one of the weakest teams still in the competition but they are one of only two teams currently leading their domestic league (Man United is the other) and they have an impressive home record – so Chelsea will have to avoid any complacency and deciding to rest Drogba could be costly.
The key to the match Nicolas Anelka is expected to lead the Chelsea attack against one of his many former clubs and it will be his pace on the break that Fenerbahce will be worried about. Meanwhile, an in form Joe Cole will have a chance of taking on one of his heroes in Roberto Carlos.
Prediction Chelsea’s defence has been suspect recently (especially without Petr Cech) and Fernabahce score goals, although we expect Chelsea to return to the Bridge with an all important away goal – a 1-1 score draw it is then.