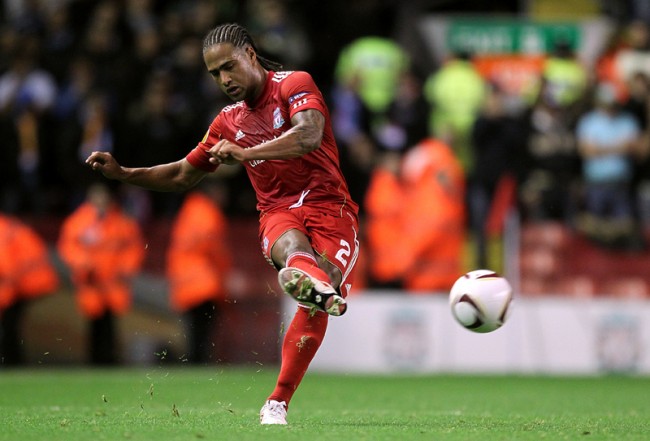 Liverpool gaffer Roy Hodgson has spoken out at his disappointment with Glen Johnson‘s below-par displays for LFC this season. Tough love from Uncle Woy, or a cunning plan to ensure Johnson’s departure?

The England right-back has played just one of the Liverpool’s last seven matches due to injury, and he has failed to impress his club manager when he has been on the pitch.

Hodgson said: “He’s the England right-back and, if he plays like that, one would expect him to come back in when he’s fit.

“But then he’d have to play like the England right-back and up to now, to be quite frank, he’s not performed – very often at least – to the level I’d expect of him.

“You would have to ask him ‘Do you think you’re playing at top form and are you playing like the best right-back in the country for your club?’

“If he says ‘Yes’, obviously we will have to agree to differ and if he says ‘No’, then you’d have to ask the question ‘Why not?'”

It’s not like the diplomatic Hodgson to be so outspoken about one of his own players, and it makes you wonder if the pair have fallen out, or if Hodgson just doesn’t fancy Johnson and is trying to initiate a sale in January. I have heard whispers that Johnson has failed to settle in the north-west and would prefer a move back to a London club; I wouldn’t be surprised to see Spurs put in a cheeky bid in the next window, as right-back is a position where they need to strengthen.

It’s a fair shout by Roy that Johnson has been off colour this season, but in his defence the players hasn’t been 100% fit, so any criticism should take that into account.

Liverpool fans, would you be happy to get rid of Johnson for around £10m, say? (Bearing in mind he cost around £17m.)