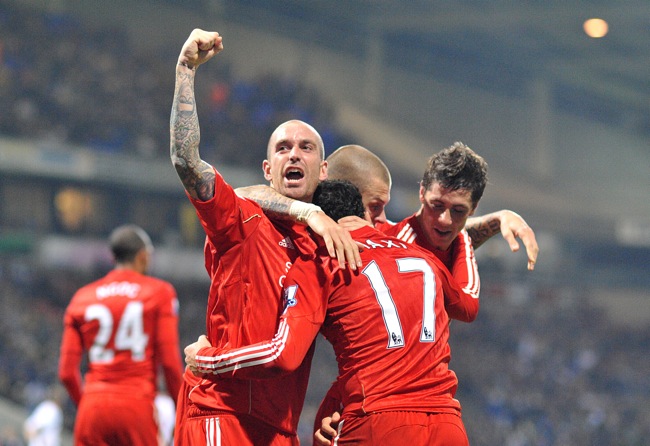 Raul Meireles (left) has settled in at Liverpool in no time

Portuguese international Raul Meireles arrived at Liverpool – a big new club in a foreign country – at a very, VERY bad time. What with the Hicks & Gillett saga poisoning LFC from within, serious doubts over how long new manager Roy Hodgson would last, and a string of poor performances on the pitch… well, talk about walking into a hurricane.

Under those trying circumstances, you can only applaud the blood-and-sweat manner in which Meireles has started his career at Anfield: sleeves rolled up, no moaning, no nonsense, no gloves, fighting for the cause with passion. He has been Roy Hodgson’s best signing, by far – and that’s despite being played out of position for most of his time at the club. No wonder that the vast majority of Liverpool fans have really warmed to him.

The only question mark over Meireles is, where do you play him when Steven Gerrard is fit? He’s a versatile midfielder who has played several games wide right, to cover for the injured Dirk Kuyt, and he even played at full-back in one game, if memory serves. But these are not the areas of the pitch where you get the most from Meireles (he is wasted on the wing, frankly), even if he will give you a full shift wherever he plays. Meireles needs to be played in central midfield – he is a classical box-to-box central midfielder, with the ability to create and destroy. He said as much this week:

“I feel more comfortable playing in the middle, but I will play wherever the manager wants me to. That’s my job and I’m working to be a successful player for Liverpool and to help the team.”

When he says that, you know he means it. 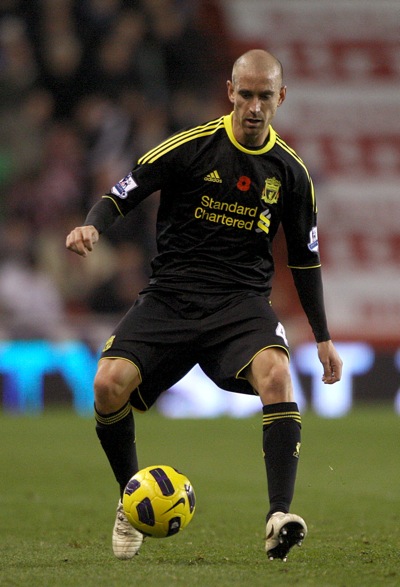 A CM pairing of Gerrard and Meireles is perhaps a little too cavalier (especially in tricky away games), much like the blasted Gerrard/Lampard axis. Meireles and Lucas/Poulsen is a stronger blend, in which case a fit Gerrard can be moved in behind Fernando Torres (the closer you can get Torres and Gerrard to play together, the better) in a 4-4-1-1, or even onto the right wing (in the role workhorse Dirk Kuyt has made his own) – Gerrard is a better right-winger than Meireles, surely.

Anyway, now that Gerrard is out for a few weeks, it’s the perfect chance for Meireles to move inside and show his quality in his natural position, and he did exactly that in Liverpool’s 3-0 win against West Ham, alongside the much-maligned Christian Poulsen. And, as more than one Liverpool fan pointed out on Twitter, Meireles is due a screamer from 30 yards out soon – the boy can bang em in, as he showed for Portugal not long ago…

And that was with his weaker, left foot.