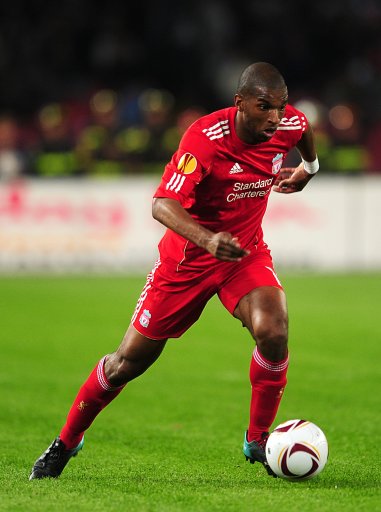 Liverpool winger Ryan Babel has cited former manager Rafa Benitez‘s refusal to let him undergo extra training sessions as the reason for him contributing the sum total of diddly-bugger-all to the Anfield cause since joining from Ajax in 2007.

A string of ankle, foot and hamstring tweaks have ravaged Babel’s development at Liverpool and, speaking via his utterly inane Twitter feed, the Dutchman blamed Benitez for not allowing him to make up the lost time on the training ground:

“I wasn’t allowed to train extra under our former manager. Even when I wasn’t involved.

“I begged lots of times but it was simply not allowed. And during the season you don’t train very hard cause you have lots games, so most sessions we had were without sweating.

“But if I wanted to do some extra which I asked for every single day. I didn’t have the permission. I even tried to train extra by doing it sneaky lol .. But nope. And I had to get used to that cause in Ajax we were staying for 1 or 2 hours longer on the pitch by ourselves.”

It seems that Benitez’s particular brand of inexplicably unfair ‘man-management’ ran much deeper than the odd prolonged spell of complete neglect and demoralising alienation.

I ask you, what kind of heartless fiend wouldn’t let a young boy stay on at training for an extra couple of hours? Not that it would’ve made a scintilla’s worth of difference – Babel’s still utterly waff.