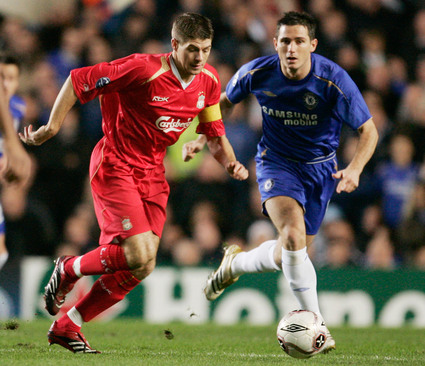 That’s right folks – when asked by the Daily Telegraph to choose his Fantasy Football XI, Jose Mourinho picked Stevie G in midfield ahead of Frank Lampard. Jose’s other favourite Englishman, John Terry, didn’t make the cut either.
Mourinho did select two Chelsea players: Ricardo Carvalho and Michael Essien. As Jose and any sensible fan knows, Carvalho and Essien are better than Terry and Lampard. Wonder how Terry and Lamps will react when they find out about the slight snub.
Check out the rest of Mourinho’s team