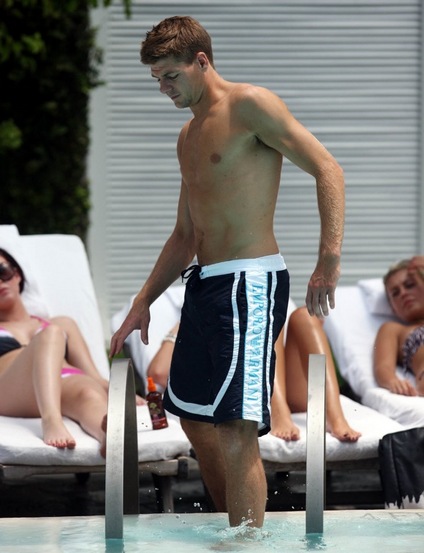 Steven Gerrard is so obsessed with cleanliness he won’t even walk barefoot on a beach, according to his wife Alex Curran.
Recalling their first-wedding anniversary holiday to Miami in June, Curran said:
“We didn’t leave the pool on holiday because Steven doesn’t like to get his feet dirty in the sand. The pool is cleaner.
“And if he reads a newspaper, he has to wash his hands straight away.”
Hmmm, sounds very much like Stevie might be in the first stages of OCD (obsessive-compulsive disorder), a condition that also afflicts, or has afflicted, other high-profile players, including David Beckham and Paul Gascoigne.
[Mirror]