Liverpool’s boss up to mischief? 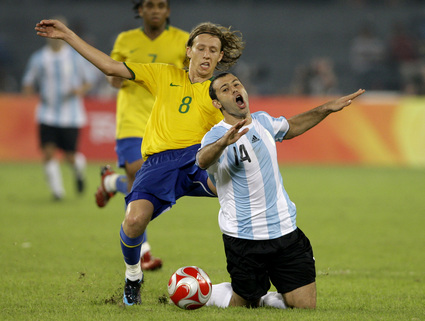 As soon as it was clear that Argentina would beat Brazil in their Olympic football semi-final (when the Argies went 2-0 up), Brazilian midfielder Lucas seemed hell-bent on picking up a red card. Lucas fouled Liverpool team-mate Javier Mascherano from behind, and was indeed sent off.
The red card means Lucas is not eligible to play in the bronze-medal match. Or, if you look at it another way, Liverpool get him back earlier than expected.
All this has got the conspiracy theorists raving. Did Rafa Benitez order either Lucas or Mascherano to pick up a late red card, depending on which team was losing? 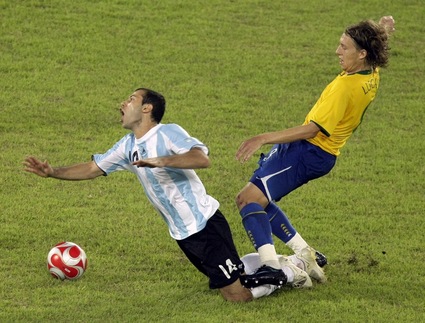 As The Liverpool Offside points out, “It will be interesting to see if Brazil lets Lucas travel back to England or if he will be forced to sit and watch the bronze medal game on Friday.”
I’m sure the Brazilian midfielder will return home, at his club’s request. Even if Rafa had nothing to do with Lucas’s red card (and of course there is no proof), the Liverpool manager can justifiably argue that there is no benefit in Lucas warming the Brazilian bench.
What do you think? Would Rafa stoop to such devious instructions, or are the rumours nothing more than that?