A heavyweight clash of the England captains 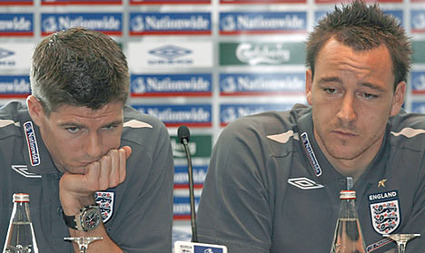 Steven Gerrard v John Terry (Group C)
A very tough opener for England’s skipper, against a former England skipper who has just won the Football Writers’ Player of the Year award. Sorry, JT, but Stevie G will win surely win this one… won’t he?
Vote below…