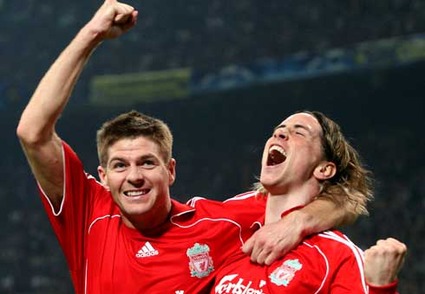 Since the season ended and the transfer silly season began, Pies has been asking club fans to vote for the last player at the club they would want to get rid of.
Today it’s the turn of Rafa Benitez’s Liverpool. If you had to sell all but one of the Fat Waiter’s players (to build an entirely new squad, say), who’d be your last man standing, and why? There are plenty of options to consider (Stevie G and Nando spring immediately to mind), but there can be only one.
Leave a comment with your answer, or vote after the jump (or do both!)…