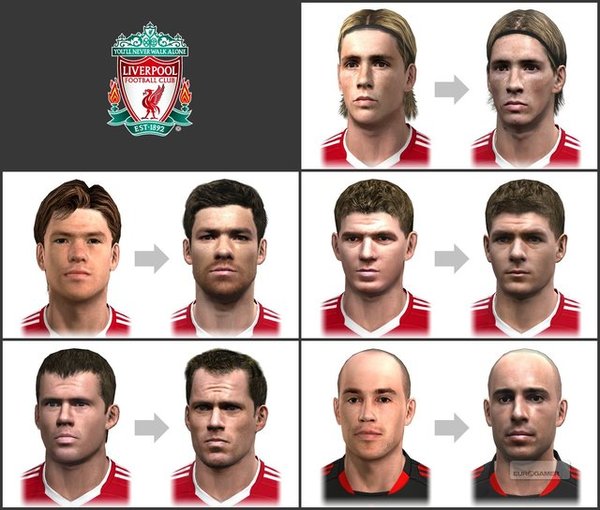 This screenshot compares the new faces of Liverpool players for Konami’s Pro Evolution Soccer 2010 with those in the previous version. All of the faces are more realistic, with the exception of Stevie G, who looks like he has bad AIDS.
Torres looks spookily like the real thing, and they’ve got Carragher’s furrowed forehead spot-on. As for Xabi Alonso -Â who may not even be a Liverpool player when the game comes out this autumn -Â well, things could only get better. His old face was laughably wide of the mark.
[@ Eurogamer]