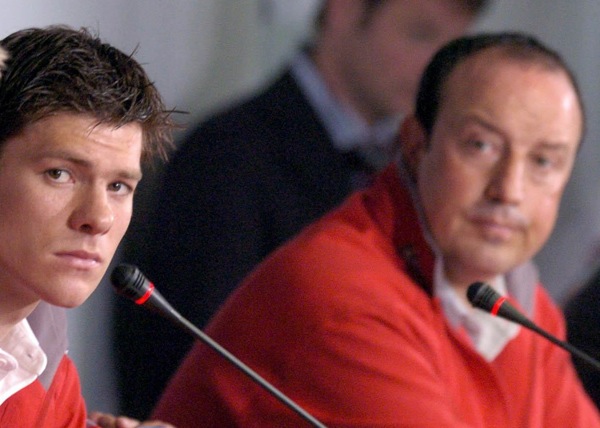 The beginning of the end for Xabi Alonso at Liverpool occurred a couple of seasons ago, when Xabi Alonso decided – quite rightly, in my view – to miss a Champions League match to attend the birth of his first child.
That was the moment when relations between Rafa Benitez and Xabi soured, and the pair never made up properly.
There was tension in their relationship even before Alonso missed that CL game against Inter. His slow recovery from a metatarsal injury in 2007 had apparently frustrated Liverpool’s manager and the player’s refusal to play for him later that season was a key turning point in Alonso’s Liverpool career.
Add in the whole Gareth Barry transfer saga, when Alonso was hardly endorsed by Benitez, and you can see why he would want to return home. I say home, because Spain is Xabi’s home, and even though Liverpool fans did a hell of a good job making him feel at home in the north west, this move comes as no great surprise.
I certainly blame Benitez in part for Alonso’s departure. Rafa has the capacity to be a stubborn, sulky sod, and you wonder if a manager with better people skills might have persuaded Alonso to stay for just one more season. 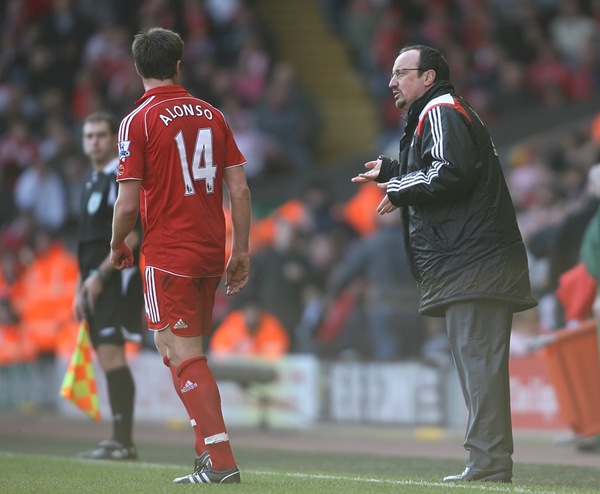 So the damage is done. Subject to a green-lit medical, Alonso will be a Real Madrid player soon enough, though too soon for all Liverpool fans.
I’m no Liverpool fan but I will miss Xabi. He’s a fine player, a fine professional and he seems to be a fine human being.
How much will Liverpool miss him? Worst-case scenario: Alonso’s departure costs Liverpool a shot at the title. Of course, it’s impossible to make that judgment, but there’s no doubt that Liverpool will find it harder to win the league with Alonso gone. Can they still do it? It depends who comes in to replace Xabi. Alberto Aquilani is not a like-for-like replacement, but he is an exciting player. No, it’s time for Lucas to step up and prove that he is as good as Rafa clearly seems to think he is.
Anyway, farewell Xabi. I hope you don’t end up warming the bench in Madrid. I suspect not.