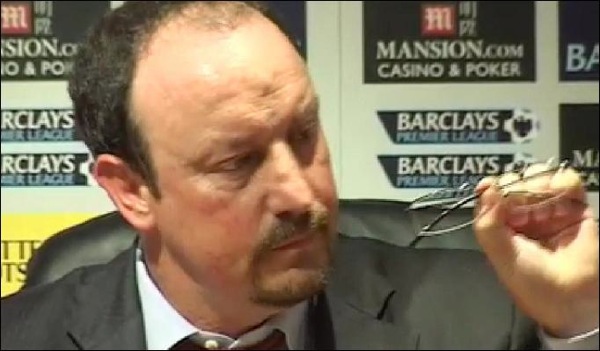 Rafa Benitez was warned after taking his spectacles out of his jacket pocket to suggest referee Phil Dowd needed them, after the official turned down a penalty for the Reds against Spurs in the opening game of the season (Liverpool lost 2-1).

Crafty Rafa got away without punishment for the gesture, simply because he argued that Crystal Palace boss Neil Warnock had done the same thing, during a game against Bristol City on the same weekend, and was not even charged. It’s not even the first time Warnock has made such a gesture.

It’s clear that Rafa’s gesture was meant as little more than a sly visual gag, whereas Warnock got in the ref’s face: 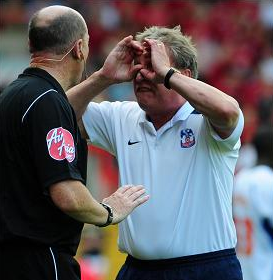 Is it any wonder that Benitez feels like he’s victimised? Imagine the mock-horrified reaction to the Spaniard had he acted like Warnock.